Canada’s only border city, Lloydminster, shares an address with both Alberta and Saskatchewan. Check out the Lloydminster Cultural & Science Centre that showcases the lives of early settlers, renowned art in the Imhoff Gallery, and an exhibit on oilfield technology.

Battle-scarred history is re-told at many national and provincial historic sites, including the North West Rebellion. Even more history can be discovered at the four major award-winning Western Development Museums in Yorkton, North Battleford, Saskatoon and Moose Jaw — each showcasing their area’s unique past. At the Wanuskewin Heritage Park outside Saskatoon you can learn about Aboriginal culture through ancient tales and demonstrations.

Saskatchewan boasts nearly 12 million acres of parkland, 100,000 lakes, and is home to some of North America’s most ecologically important wetlands! Vital and renowned areas include the Quill Lakes Centre at Wynyard, the Wadena Centre at Wadena and the Foam Lake Centre at Foam Lake. They provide refuge for millions of migrating birds — including the endangered Whooping Crane.

First Nations’ casinos offer excitement in North Battleford, Prince Albert, Yorkton and Saskatoon, or you can spend a luxurious day at the spa resorts in Watrous. Delight in professional theatre, a wealth of festivals, and a superb symphony orchestra in Saskatoon, the province’s largest city. 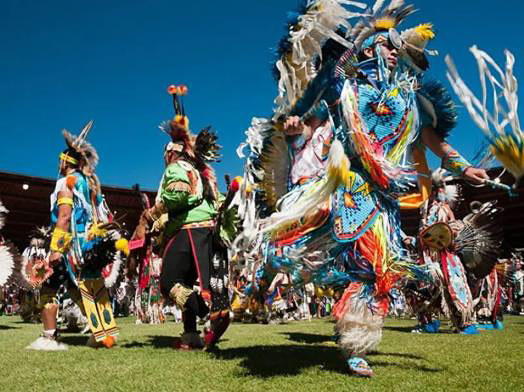 The Yellowhead Highway corridors (TC#16 and BC #5) provide a unique gateway to some incredible indigenous attractions, amenities, and events in Western Canada.

Our highway, named after Iroquois Metis nicknamed “Tete Jaune” or “Yellowhead”, traverses the lands of the First Nations, Metis, and all First Peoples of Canada. Their rich history and cultures enrichen our Country and serves as stewards of friendship.

From Indigenous-owned and controlled businesses to Indigenous tourism experiences, TCYHA is pleased to partner with Indigenous Tourism Association of Canada (ITAC) to help you find an “Original Original” indigenous experience; one you will never forget.

Go to indigenoustourism.ca to check out what may be available in the area you are traveling; and then make sure to plan your outings to reach out to a significant part of our history – and its connection to our future.